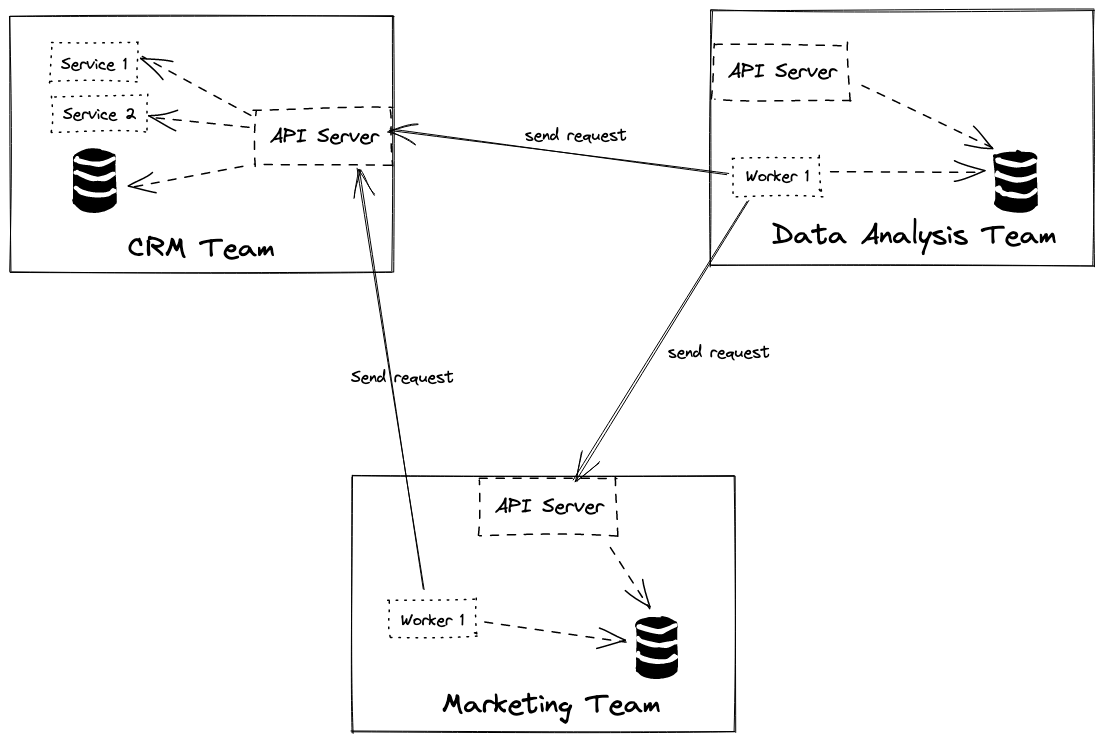 However, this design also comes with many problems, more than the benefits that it as

Moving to an Asynchronous design

Since the above API design has several problems, we changed to a different architecture, based on the Message Queue features that Google Cloud provides, utilizing our existing infrastructure, for the purpose of building autonomous teams.

Here is a brief description of this Asynchronous design

Let’s take a look at a simple flow for syncing Customer and Campaign data across teams in the above picture. Imagine that your organization has 3 different teams, CRM, Marketing and Data Analysis team. The CRM team provides the tool for your users to manage their Customer records. The Marketing team helps the users to configure and launch automated marketing Campaigns. The Data Analysis team collects data and give detailed reports back to your users.

The Customer data is required to trigger Marketing Campaign. The Marketing team will subscribe to those events via Subscription. As mentioned before, a Subscription is actually a Message Queue. A worker in the Marketing team is responsible for consuming those messages and update the team’s database based on the message value.

Every time an Email is sent out from an Automated Marketing Campaign, the Marketing team will send an event to the topic EMAIL_SENT. The message will be duplicated into 2 queues (Subscriptions) for CRM team and Data Analysis to do their job.

Here are some benefits of this solution

Of course, there is no such thing as a free lunch. It also comes with all the drawbacks of a common Message Queue system Read more…