Magit is one of the best tool for working with git. However, it’s a package ship with Emacs, not a standalone application, which prevents many non-emacs people from using it because they don’t want to deal with all the configuartion in the init file. Luckily, there is a python script called magit-wrapper https://github.com/ubolonton/magit-wrapper, which can help that kind of people and act as a gateway drug to Emacs. Moreover, Emacs users can use it for working with files on a remote server to avoid having to install all the Emacs GUI and the full user init .emacs.d folder. 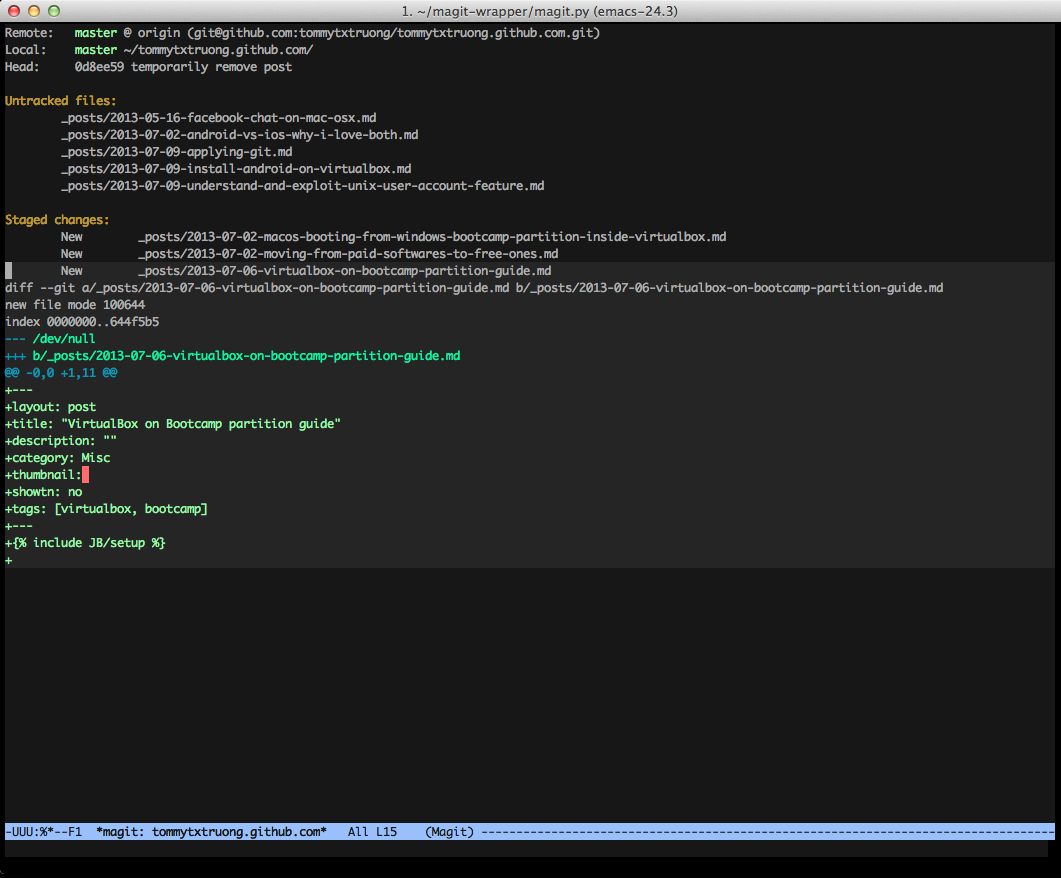 This is for Emacs in terminal version 23+. OSX’s default one is 22. To check for the version of Emacs that you are using, simply type

To use magit-wrapper, first you need to clone the repository into your local computer

After finishing cloning, cd to your project folder, run

For the convinience, you should make a symbolic link to the magit.py file to somewhere in PATH variable so that your shell can easily find it and you don’t have to type all the path to magit.py everytime you need need to use it

Now, instead of typing /path/to/magit-wrapper/magit.py, you can just simply type in

This is just a temporary solution. For the best experiment, start to learn how to use Emacs :D

The author of this is Mr. Nguyen Tuan Anh. You can contact him at [email protected]